Prince William joined Prince Harry in Africa yesterday, after staying in the UK for the Order of the Garter and Trooping the Colour ceremonies. The brothers visited the Mokolodi Education Centre in Botswana, where they played with a cheetah and shared nervous smiles as they held an African rock python, which urinated near them! They are on a joint trip to Southern Africa for a week to visit projects supported by Tusk Trust. The Princes will also watch England play Algeria in the World Cup, and support our bid to host the 2018 World Cup, following David Beckham's lead. Wills is due to combine football with wildlife protection when he meets up with Joe Jonas to learn about Coaching For Conservation. 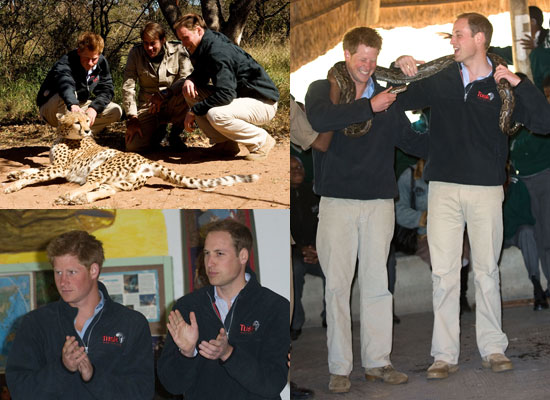