Harry and William had a fine time in Africa yesterday, dancing with Prince Seeiso at the Mamahato Network Club. They visited children affected by HIV at King Letsie's Palace, and showed affection to all they met. The brothers got close to a snake and cheetah in Botswana earlier in the week, and rode horses during their stay in Lesotho. They attended a lesson for Herd Boys lit by oil lamps, wrapped up warm in blankets which were covered in special messages of thanks. They're in Cape Town today to watch England vs Algeria World Cup match, after Wills met up with Joe Jonas to support Coaching For Conservation. The Princes have visited projects supported by their charities Sentebale and Tusk Trust during their trip. 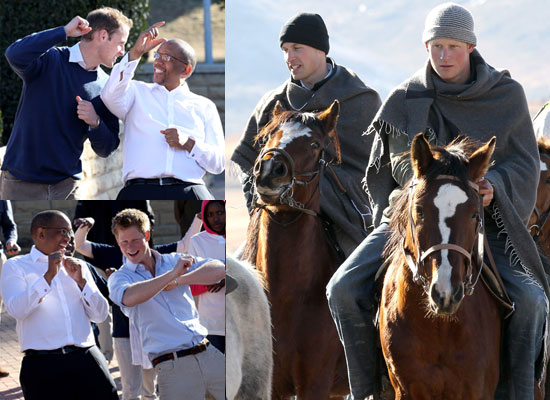