Prince William placed a wreath on the memorial to British Soliders killed in Afghanistan during a Remembrance Day ceremony at Camp Bastion yesterday. Prince Harry paid his respects to those soldiers who have died in the conflict at the Wootton Bassett Field of Remembrance last week. In London, the Queen marked the day of remembrance by laying the first wreath at the Cenotaph. She was joined by her sons Prince Charles and Prince Edward, and their wives Camilla Parker Bowles and Sophie Rhys-Jones. The three party leaders Ed Miliband, Nick Clegg and David Cameron also paid their respects. William has been in uniform for several occasions recently, and donned a suit to attend his friend's wedding with Kate Middleton. The mounting speculation about a Christmas engagment has taken another twist, as Wills has reportedly volunteered to work over Christmas, thus missing the royal Sandringham gathering. 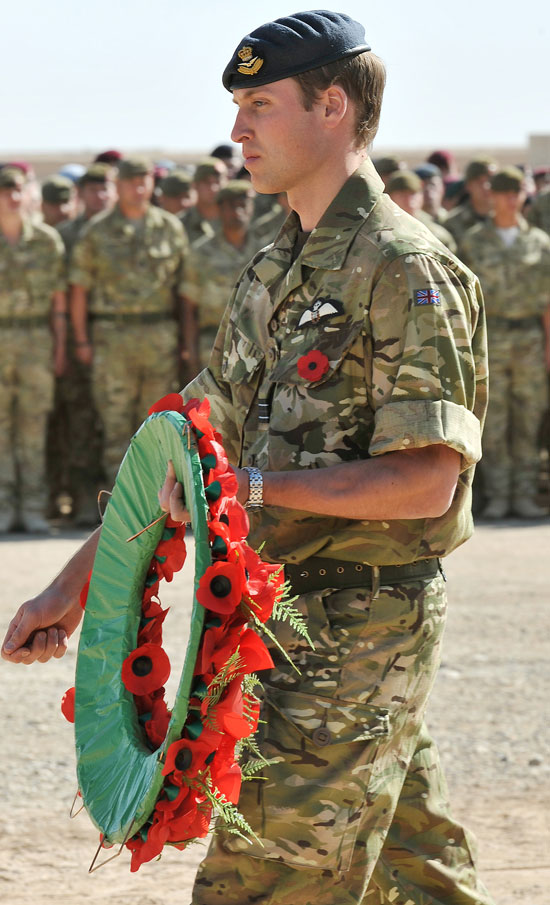 To see more pictures of Wills and the royal family, just read more.