Prince William was back in London yesterday after his tour of Southern Africa to attend The Royal Society's 350th anniversary party. The recent birthday boy was made a fellow in front of the Queen, Prince Philip, Princess Anne and Carol Vordeman at Royal Festival Hall. He delayed his arrival at the event so he could watch the opening of England's match against Slovenia, having been there in person for the Algeria game. In an interview to be aired tonight, Harry said he will always support his big bro, and Wills said they keep each other grounded. The Princes also revealed they think about Diana every day. 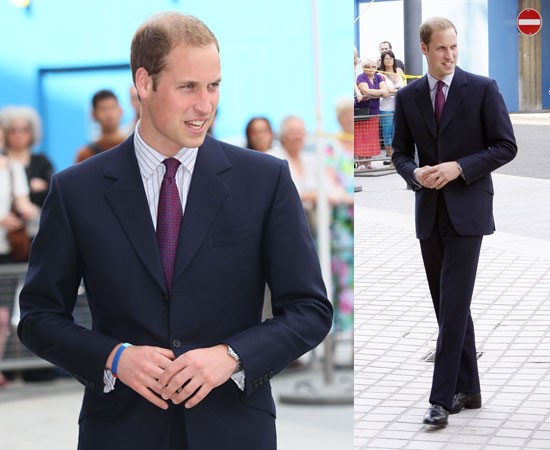 To see more pictures of Wills and the other celebs at the event, read more.