Drew Barrymore is on the cover of August's US Elle as she starts making the media rounds ahead of Going the Distance's release later this Summer. She stars in the film with her on-again, off-again boyfriend Justin Long, though Drew tells the magazine that she's currently single and happy. Drew also opened up about finally taking a vacation, the public's misconception of her work ethic, and the possibility of plastic surgery. She said: 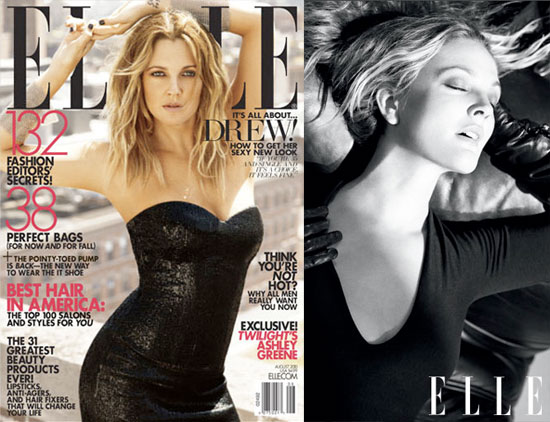