James Franco is on the cover of The Advocate's October issue, and inside the magazine he opened up about his career and his latest turn playing a gay man in Howl. He's not one to shy away from creating controversy, and James admits that in the past he liked to stir up trouble when on set. Now, he prefers provoking people through his writing and art — apparently, his turn as a soap star on General Hospital is the decision that most upset his agents. James's new movie, in which he stars opposite Jon Hamm, hits US cinemans on Sept. 24, and his intense-looking film 127 Hours will be out soon after in November. James said: 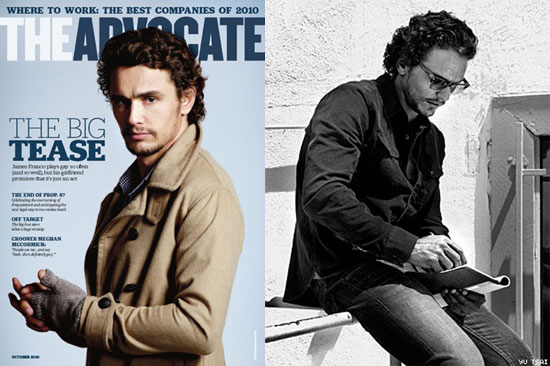 To see video from James's shoot with The Advocate, just read more.