Jon Hamm and Rebecca Hall make a hot twosome in the August issue of W, which is the magazine's new editor Stefano Tonchi's first cover. The pair stars together in Ben Affleck's The Town, and also posed for a hot accompanying spread in the magazine — check out behind-the-scenes shots! Mad Men's Jon spoke about his long road to success and being a manly man. Rebecca, meanwhile, opened up about what it's like working with Ben in Boston. Conversation also veered toward Rebecca's alleged involvement in the breakup of Sam Mendes and Kate Winslet. Rebecca flatly denied the rumours, as Jon joked about a sex tape with Sam, saying, "The reality is that I broke them up." Here's more: 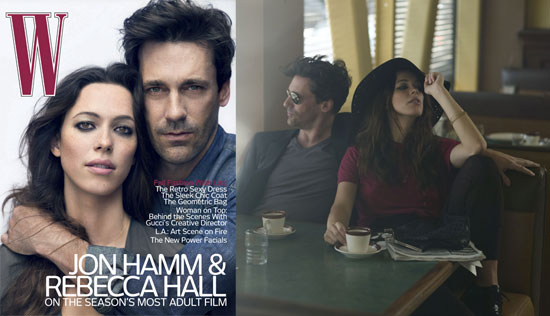