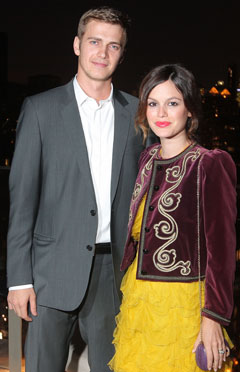 Rachel Bilson's rep has confirmed that Rachel and Hayden Christensen are no longer engaged and that the split is permanent. It is thought that distance was one of the main reasons behind the breakup, as Hayden is based in Canada and Rachel in LA.

The couple got engaged in February 2009, and it was their wedding you were most looking forward to. Back in June it was reported they were on a break, and we're sad to hear that the end of their relationship has now been officially announced.