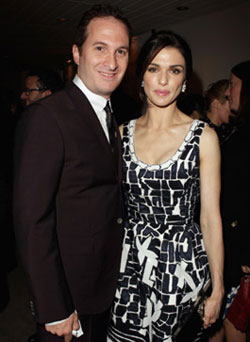 Darren Aronofsky and Rachel Weisz have reportedly ended their relationship after nine years. Their reps said the couple "have been separated for some months. They remain close friends and are committed to raising their son together in NYC." They will reportedly seek joint custody of 4-year-old Henry Chance.

Rachel and Darren were pictured together in mid-September at the Toronto Film Festival. Darren was with his Black Swan cast last month for the London Film Festival, while Rachel made beauty headlines with her L’Oréal Paris global Ambassador role. The actress opened up about her relationship with Darren in Esquire earlier this year.