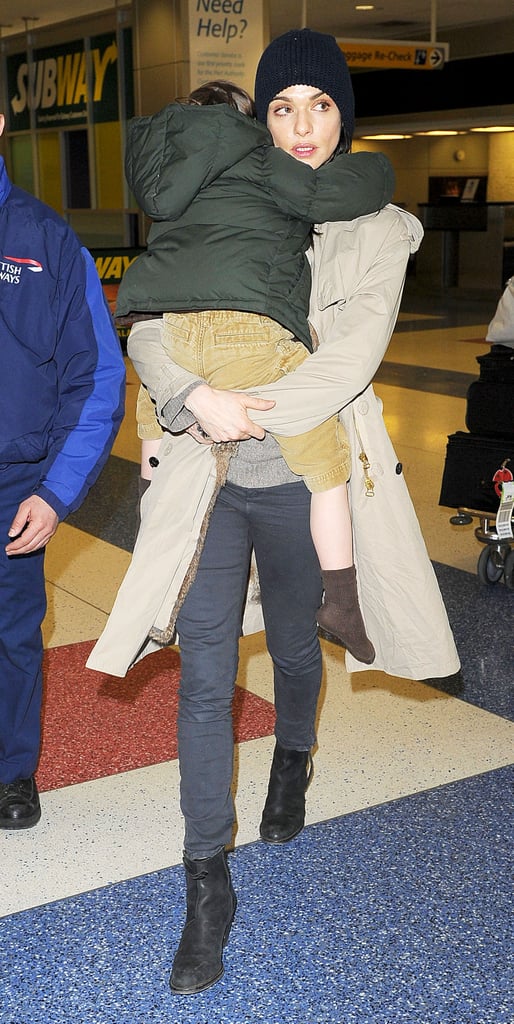 Rachel Weisz arrived at JFK airport yesterday with her son Henry. They were both prepared for the cold weather as Rachel wrapped up warm and wore a cosy hat as they walked through the terminal. Rumours that Rachel could be cast as a Bond villain opposite her boyfriend Daniel Craig have remained unfounded as yet, but she has two projects currently in pre-production. Rachel and Henry's father Darren Aronofsky have remained friends since their split and were spotted out with Henry in New York at the beginning of the year.