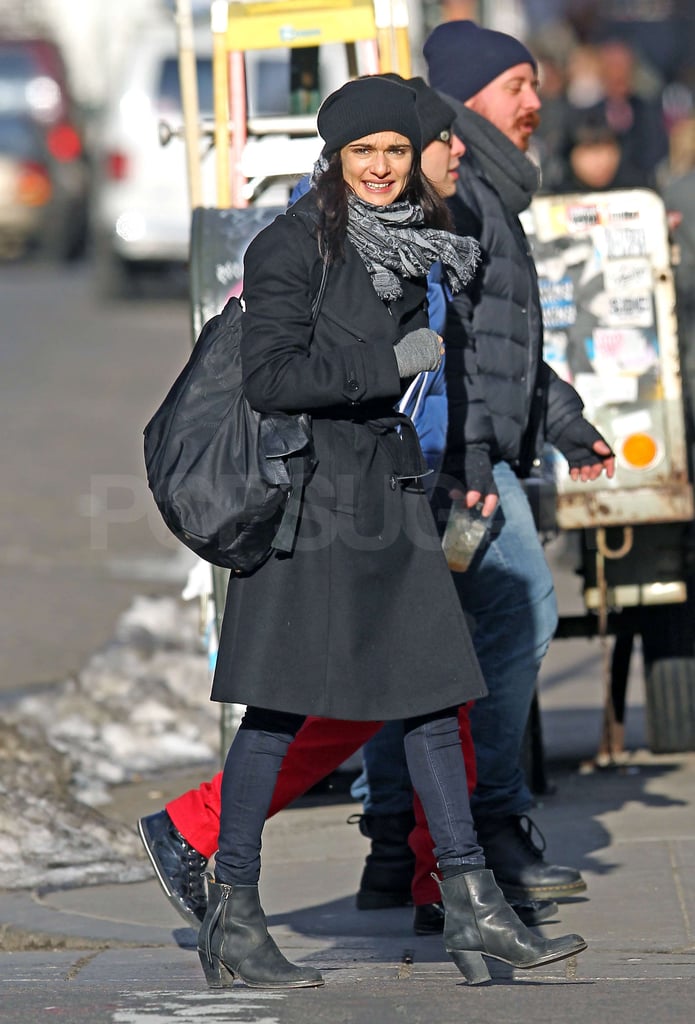 Rachel Weisz bundled up warm as she took a stroll in NYC yesterday. She spent the previous day with son Henry and ex Darren Aronofsky. When the couple announced their split last year, their rep said they were committed to raising their son together in New York. Rachel's back in the Big Apple following her time in the UK over Christmas with Daniel Craig. He's now in LA working on The Girl With the Dragon Tattoo. Rachel recently wrapped filming The Deep Blue Sea, and although there's no release date yet, the first still has been released.