Wimbledon tennis champ Rafael Nadal was turning his attention to a different sport in Formentera this week, as he played football on the beach. It's no surprise that the sport is on his mind since his country won the World Cup this summer, and he certainly showed some skills during his kickabout. He's making the most of his free time before he returns to the tennis circuit for the US Open next month. 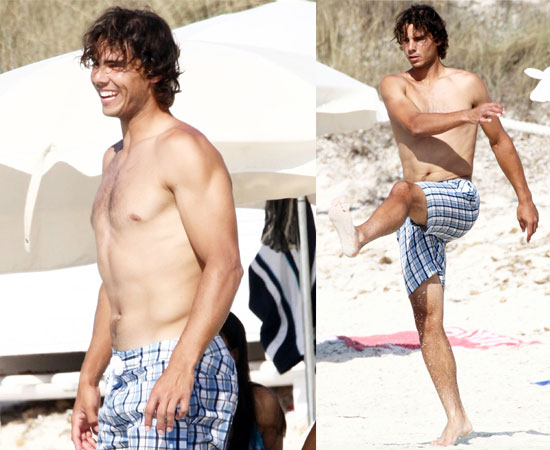