Stars of the small screen got their glad rags on for the BAFTA TV Awards at the London Palladium this evening. Following the final of Britain's Got Talent last night, Amanda Holden was full of smiles on the red carpet. She was one of many women who chose nude shades, like Tina O'Brien and EastEnders' costars Lacy Turner and Kara Tointon. Ashley Jensen, Joanna Page and Melinda Messenger also went glam: tell FabUK who is best dressed. 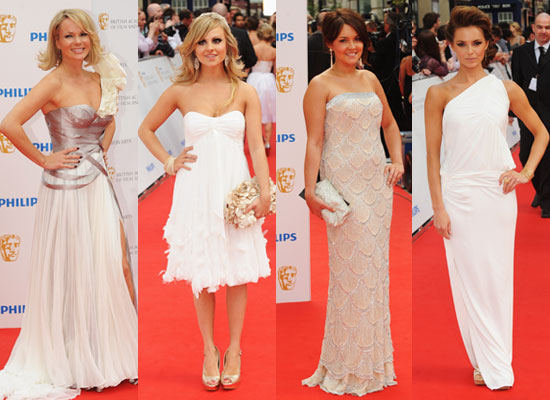 Most of the nominees were in attendance, including Helena Bonham Carter. She showed off her inimitable sense of style as she cuddled up with Tim Burton. Other couples together tonight were Glee's Jane Lynch and her new wife Lara Embry. Emilia Fox wore a floor-length black dress over her baby bump. Stay tuned for all the winners! 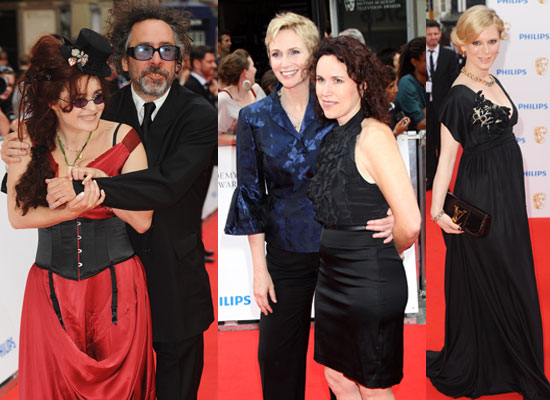