Reese Witherspoon covered up a bright red dress with a warm jacket outside of the Ed Sullivan Theater in NYC yesterday. She stopped by The Late Show With David Letterman studio to chat about her movie How Do You Know, though her interview won't air until Friday. Reese travelled to the East Coast to promote the film after a big week in LA where she received a star on the Walk of Fame. She opened up about her role during a press junket over the weekend, though talk turned to her other project, Water For Elephants, when she was asked about working with Robert Pattinson. The hot costars are both picks for our favourite and sexiest stars of the year — make sure to cast your vote in all of our Best of 2010 polls! 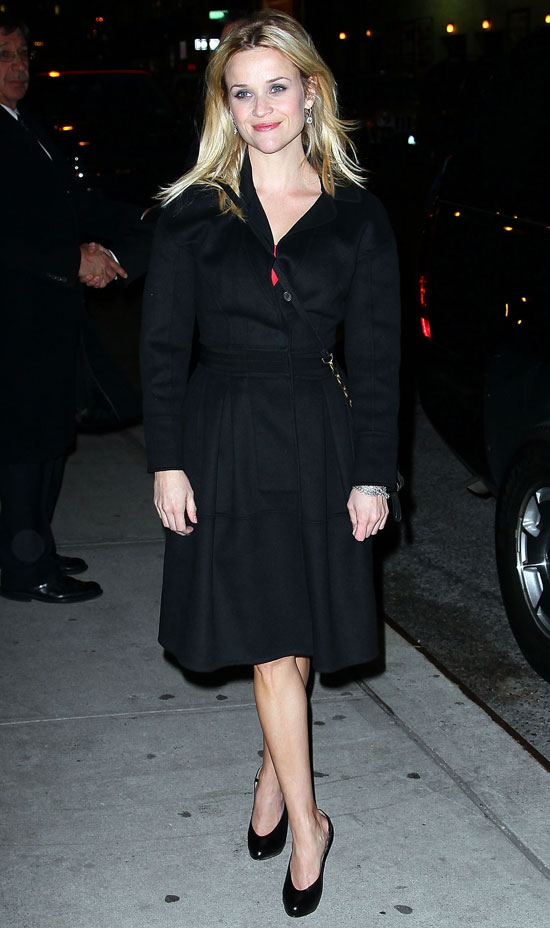