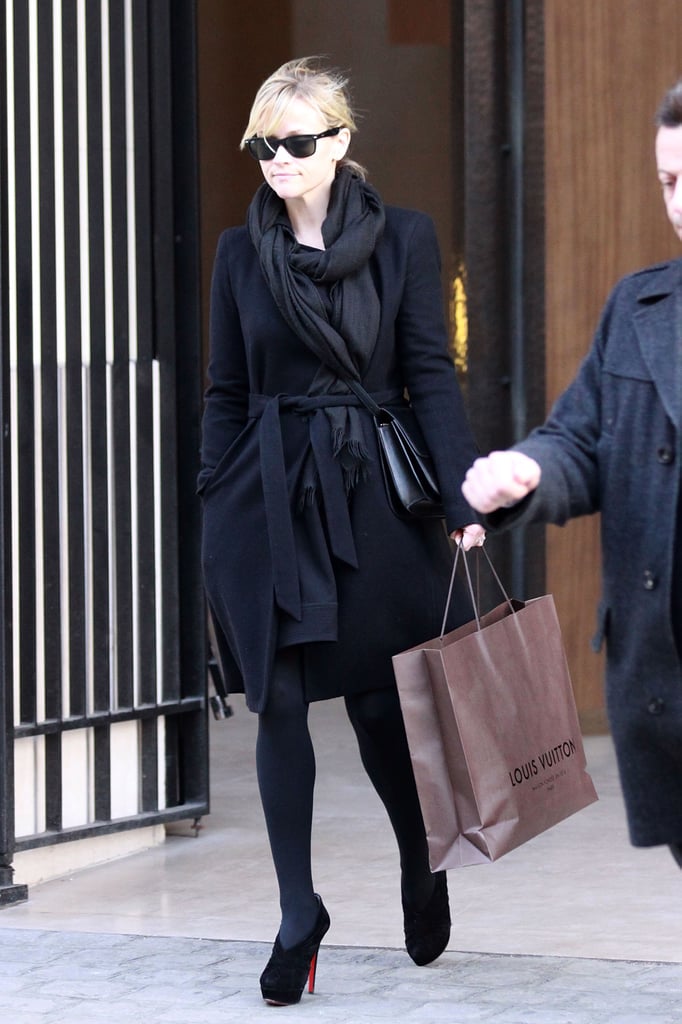 Reese Witherspoon carried a large Louis Vuitton bag as she left the label's Paris headquarters earlier today. The How Do You Know actress is overseas promoting the film with Paul Rudd, but she made a pit stop in France, where she reportedly shopped for a wedding dress. After spending the majority of her morning at LVMH, Reese then visited Lanvin, Chanel, and Giambattista Valli, but it's still up in the air which designer she'll choose for her upcoming nuptials to Jim Toth. The guest list on her big day may be limited to close friends and family, but hopefully some of her sexy costars, like Water for Elephants' Robert Pattinson, can score an invitation.