Ricky Whittle left Liverpool Crown Court yesterday after being cleared of dangerous driving following a three-day trial. His on-off girlfriend Carley Stenson was at court to support him. Ricky was arrested in November after an incident with a photographer, and was charged with dangerous driving in December. The actor spent yesterday afternoon playing in a charity football match in Liverpool, and hugged his former Hollyoaks' costar Nick Pickard. 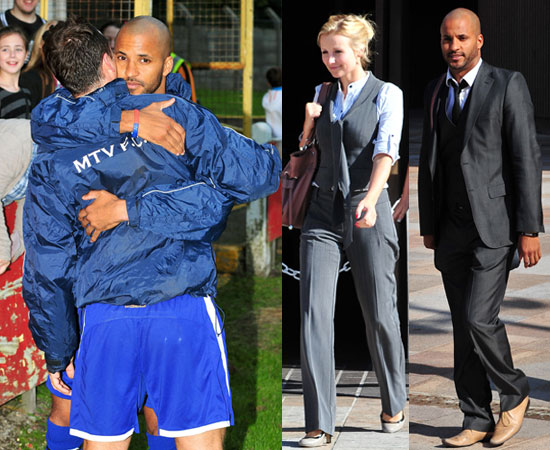 To see more pictures of Ricky at court and on the pitch, just read more.