Robbie Williams was without duet partner Gary Barlow as he left the the Soho Hotel in London last night. He smiled as he got into his car wearing a denim jacket and jeans. His new wife Ayda Field was also not by his side, as he starts more promotion for single "Shame" which is released on October 4. Robbie and Gary will be performing the song live for the first time at the Heroes concert at Twickenham Stadium on September 12. 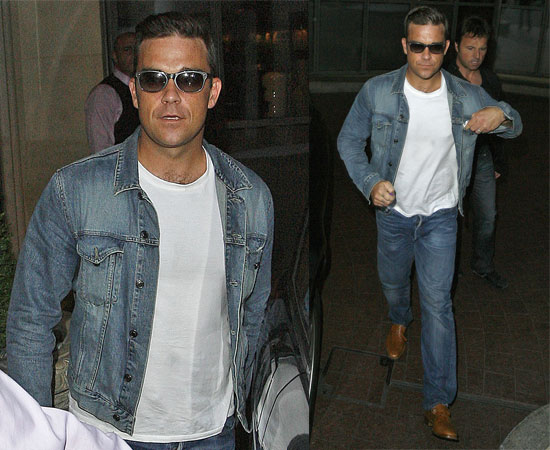