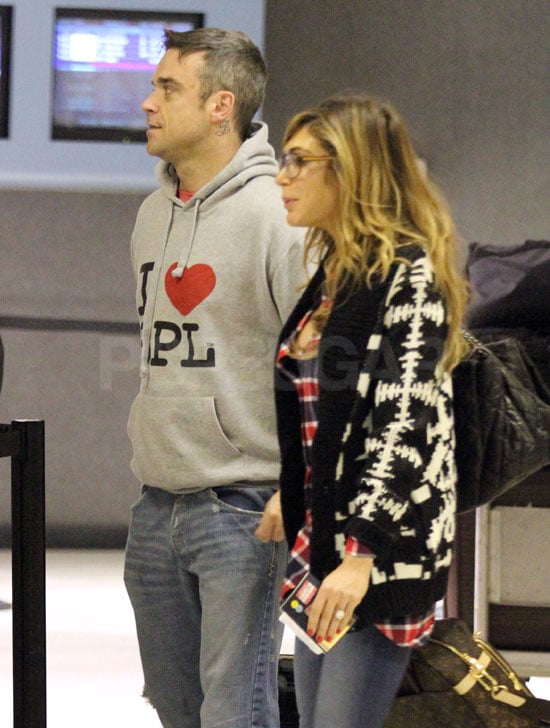 Robbie Williams and Ayda Field were together at LAX this week. Ayda has revealed that they'll be spending Christmas in LA, eating a traditional British roast in the American sunshine. Robbie has had a huge headline-making year thanks to his wedding with Ayda and reuniting with Take That. The couple are in the running to be crowned your favourite newlyweds of 2010. Ayda has accompanied Robbie on many of his Take That trips, from Sweden to Denmark. They were also together to switch on the Blackpool Illuminations back in September, and Robbie brought a piece of the Northern town to the States by wearing BPL hoodie. Although Robbie won't be joining Take That for their New Year's Eve performance in Barbados, he will be with the band for their return to the Brit Awards in Feb.