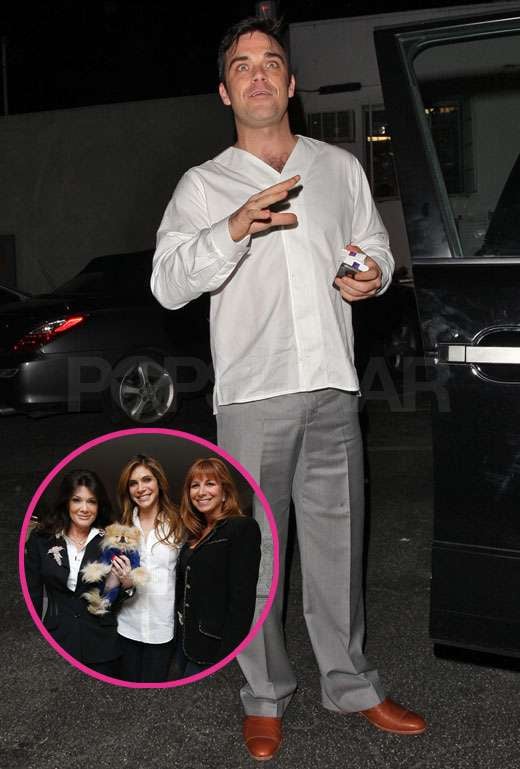 Robbie and Ayda Williams went for dinner at SUR in West Hollywood last night. They dined with Jill Zarin from The Real Housewives of New York, after Ayda had lunch with Jill, Lisa Vanderpump and more stars from The Real Housewives of Beverly Hills. Robbie and Ayda spent the festive season in LA, while the other members of Take That performed in Barbados on New Year's Eve. The band had a headline-making year, and their reunion will be the subject of an academic conference in June. They're set for a big 2011, and it's just been revealed that "Kidz" will be the next single from Progress, and it will be released on Feb. 28.