Robbie Williams and Ayda Field were at LAX this weekend, and happened to end up next to Ewan McGregor in the queue. Both gorgeous Brits were dressed in jeans, while Ayda wore a hat and sunglasses as they waited. Robbie may have just put his Wiltshire mansion up for sale, but he will be back in the UK this week for Soccer Aid, which takes place next Sunday at Old Trafford in Manchester. Celeb players in the match for Unicef include Robbie, Gordon Ramsay, Mike Myers and Woody Harrelson. James Corden is assistant manager of the England team, and the match will be shown live on ITV1, hosted by Dermot O'Leary. 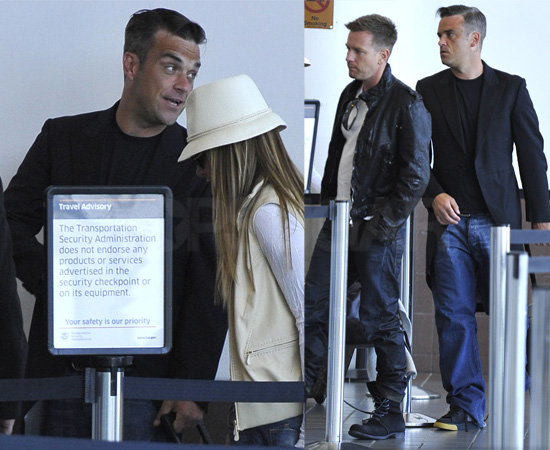 To find out who the Soccer Aid teams are, just read more.

REST OF THE WORLD