Last night's The X Factor was a boyband special as JLS, Westlife and Take That performed before Aiden Grimshaw left the competition. For the latter, it was their first time performing live as a five piece since Robbie Williams left the band back in 1995 and they took to the stage last out of the three bands. He and Mark, Gary, Howard and Jason went into the charts at number 2 with their single "The Flood" and their album Progress comes out today. Robbie was accompanied by his wife Ayda Field, who looked stunning in a short leather minidress at the TV studio, while Howard still had support on his ankle after his gym injury. 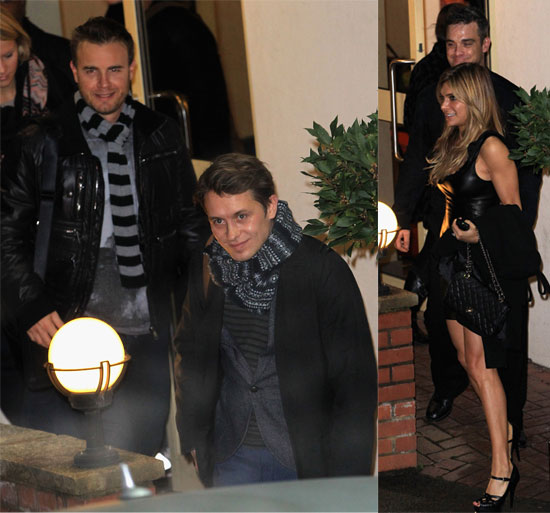 To see more photos of the chaps at the TV studio, and watch video of their performance, just keep reading.