Robbie Williams performed at the Alhambra in Paris this weekend for a small crowd. He and Gary Barlow have been promoting their duet "Shame" and Robbie's greatest hits record In and Out of Consciousness, before the five lads get back together to promote their new song "The Flood". On Daybreak this morning, he and Gary showed off their chemistry as they performed. Robbie talked about how happy his life is now with his wife and eight dogs, and that being back working with Take That is the icing on the cake. Robbie revealed he and Ayda are "in negotiations" about having kids, and you can check out his full interview after the jump, as well as his appearance with Gary on Paul O'Grady's show talking about his last days in Take That and how they reunited. 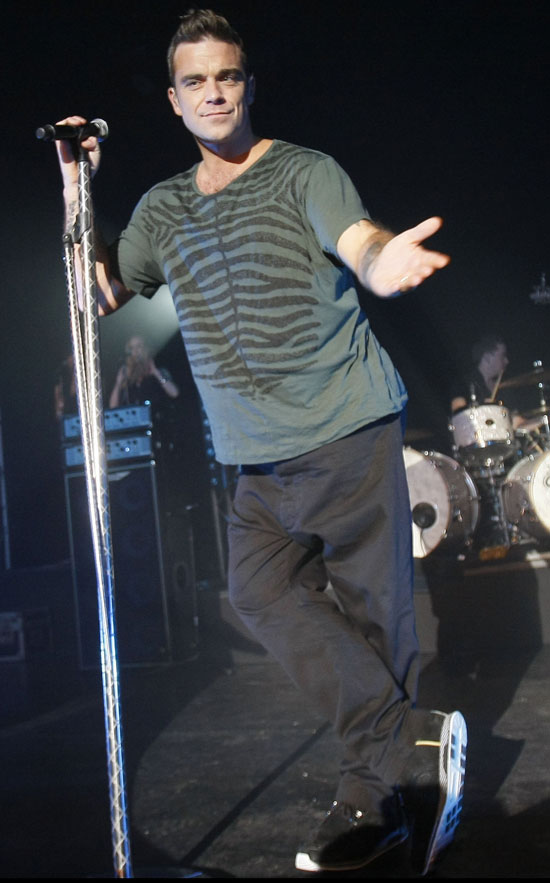