Robert Downey Jr and Zach Galifianakis were in London last night for the premiere of their new movie Due Date. Zach made headlines recently when he appeared to smoke pot live on Bill Maher's show, though it's since been revealed this wasn't the case, but rumours he'll appear in Jason Segel's Muppet movie are true! Robert's been in the city filming Sherlock Homes 2 recently, and last night he walked the red carpet with his wife Susan while Zach stayed close to his four-legged friend — just as he did at the LA premiere. 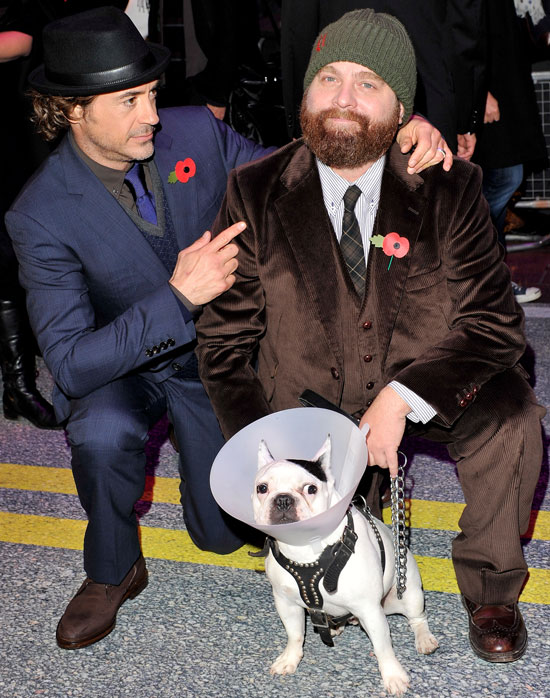 To see more photos from the premiere, including The X Factor contestants Belle Amie and John Adeleye, just read more.