Robert Pattinson arrived at LAX last night after flying from London with Tom Sturridge. The Twilight star's facial hair has grown since his last appearance a month ago at the Emmys afterparty. Rob's been keeping a low profile back home in England, after his PDA-filled stay in Canada with Kristen Stewart. He's still been at the forefront of his fans' minds, however, earning the title of Glamour UK's sexiest man. Production on Breaking Dawn is due to start in just over a month, and Edward and Bella's daughter Renesmee has been cast. With Robert and Kristen reuniting for filming, we'll get to see more pictures of them together. 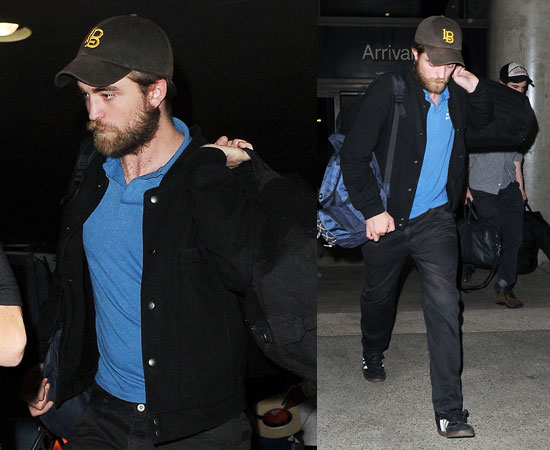