Robert Pattinson was dressed casually for the Emmy Awards afterparty at Trousdale in LA on Sunday night. Kristen Stewart also went for comfortable clothes at an airport in in Buenos Aires, Argentina during the day after On the Road duties. Kristen wore an "I Heart Mustaches" top, and it's just as well she holds that sentiment as Rob's facial hair is getting even longer! His beard was closely cropped when he arrived in LA with Kristen earlier this month, after their PDA in Canada. Out of all the pictures of Rob and Kristen together, which is your favourite? The couple will be reunited on set for Breaking Dawn, and screenwriter Melissa Rosenberg has revealed how excited they are to film the big scenes. 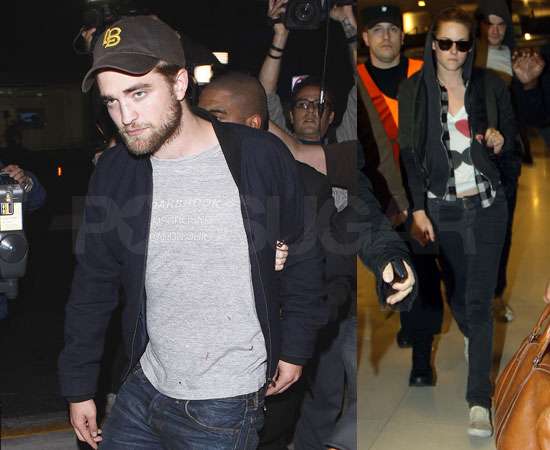 To see more of Robert and Kristen, just read more.