Robert Pattinson looked handsome on the set of Water for Elephants in LA yesterday. In the book, the intense emotional scenes they were working on take place at Cornell University, but they used UCLA as a stand in for it. Before they wrap, they'll be spending some time shooting in Tennessee. His costar Christoph Waltz attended Comic-Con, but this time Rob wasn't present, though he was still a topic of conversation when Christoph fielded questions about Rob's Oscar hopes for their current project. Meanwhile, on his weekend off, Rob was in Malibu and went to see Salt at the cinema, after getting all beaten and bloodied on set earlier in the week. 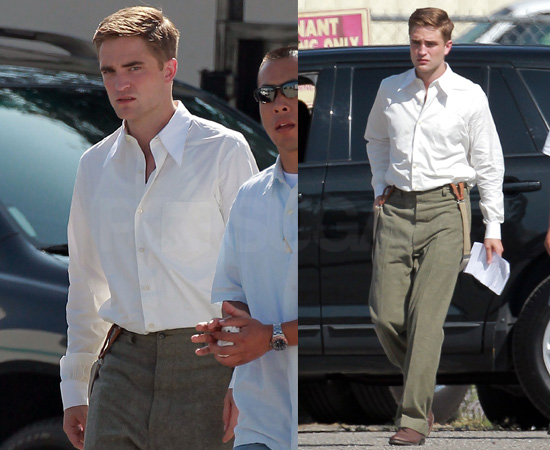