Robert Pattinson still smiled on the set of Water For Elephants yesterday, despite sporting a cut on his hand after reportedly being bitten by a lion! We saw him all bruised and bloodied on set last week, while a couple of days ago he was looking dapper in costume. His style has inspired a line of underwear at M&S, with the R-Pant rumoured to be released soon. He's also found a new fan in Ed Westwick, who joked about playing his brother in Breaking Dawn. 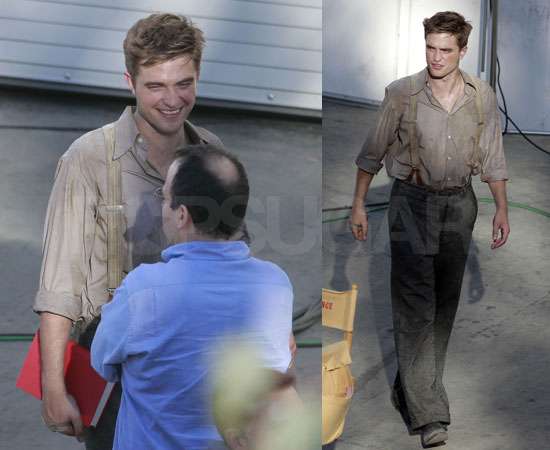