Robert Pattinson and Kristen Stewart were full of smiles as they sat together on the backseat of a taxi in Beverly Hills last night. The Twilight couple ate sushi at Matsuhisa restaurant, and couldn't contain their laughter as they left the night spot. They dined at Ago last week, before Rob went solo for a wardrobe fitting for Breaking Dawn. Kristen also did her own thing over the weekend, with an appearance on Leno, but she met up with Rob after. With filming due to start soon, we'll get to see the pair as Edward and Bella again, but in the meantime take a look through pictures of Kristen and Rob together and tell me which are your favourite shots! 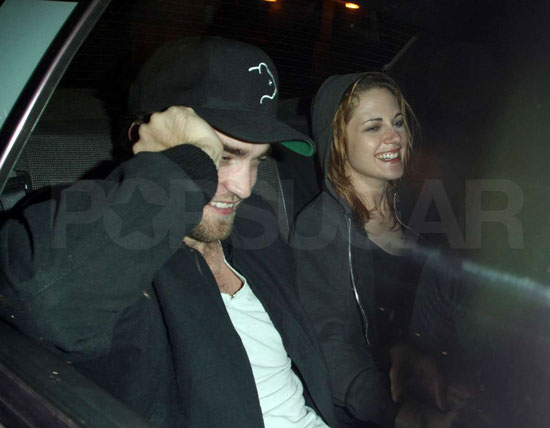