Robert Pattinson and Kristen Stewart arrived at LAX yesterday, after their adorable snuggling and kissing in Montreal over the weekend: watch video footage of that steamy night! Kristen's been in Canada filming On the Road with Robert's BFF Tom Sturridge, and Rob's been using his downtime after wrapping up Water For Elephants to hang with his favourite people. He had his guitar slung over his shoulder as he returned to Calfornia, while Kristen rocked her shades and plaid shirt. The couple seem more happy to take their relationship public now: check out my newly updated faceoff game and tell me which picture of Rob and Kristen is your favourite! 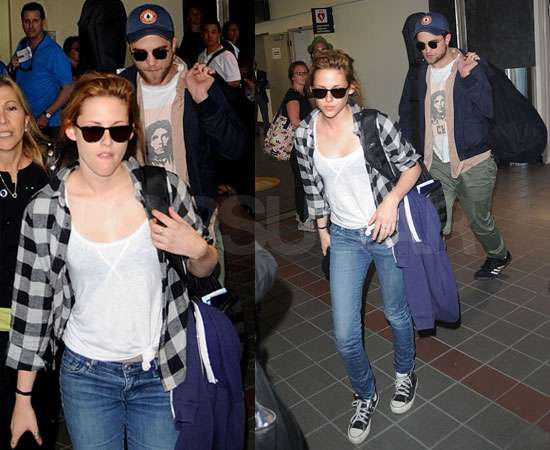