Kristen Stewart and Robert Pattinson were reunited at LAX yesterday! The couple flew in from Chicago, where they were promoting Eclipse on Oprah with Taylor Lautner. Robert had his usual travelling outfit of cap and sunnies while Kristen wore a hoodie. He signed autographs at O'Hare Airport and smiled for fans before catching his flight back the West Coast, and Kristen listened to music as she arrived in Chicago. With Breaking Dawn getting a release date for November 2011, at least we only have two more months until the latest Twilight film is out. 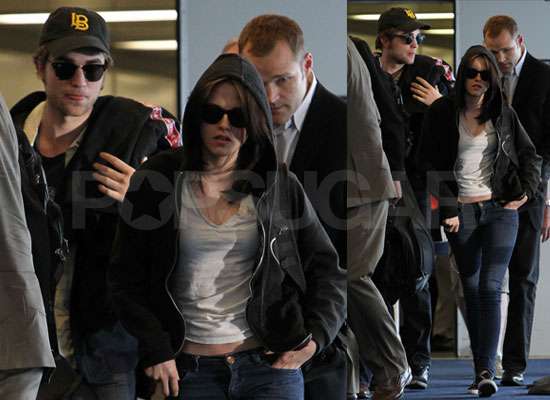