Kristen Stewart and Robert Pattinson dressed casually as they prepared to film the waterfall scene for Breaking Dawn in Angra yesterday. After wearing jeans for her helicopter ride with Robert, Kristen sported short red shorts, while Rob went for a knee-length pair. He isn't interested in making fashion a bigger part of his life, though, as he has reportedly turned down a Burberry ad campaign. The couple have filmed adorable kissing scenes in the streets and on a boat, but have also had time to relax together. The whole Twilight cast will be celebrating the success of their last film, as Eclipse is up for eight People's Choice Awards. 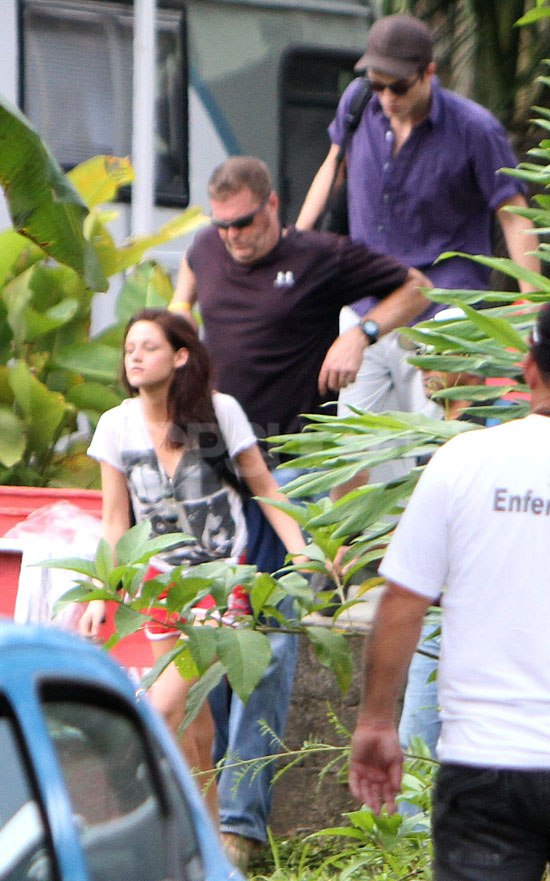