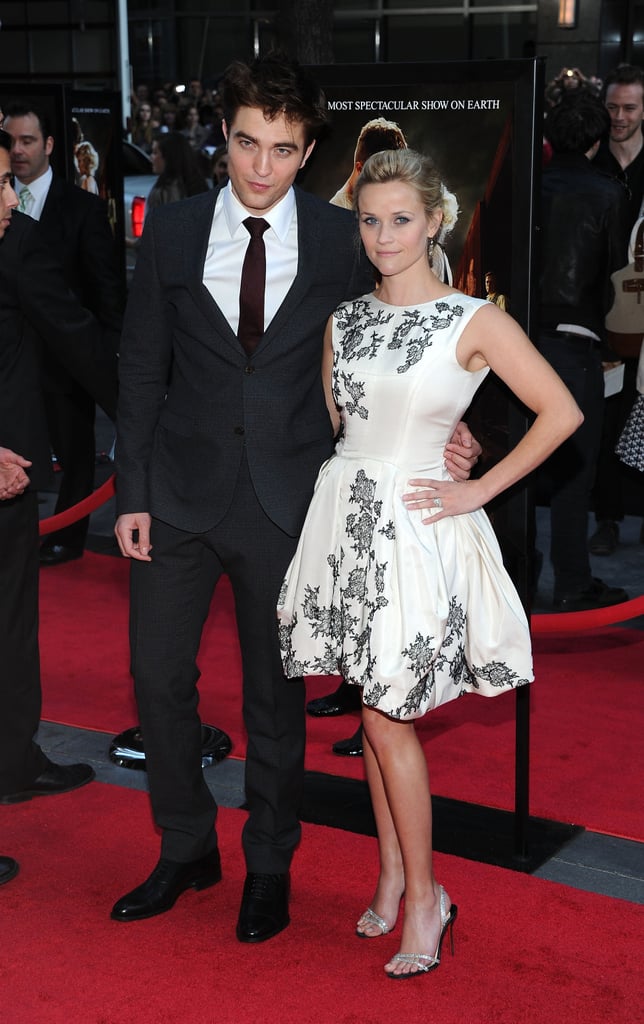 Robert Pattinson and Reese Witherspoon stepped out onto the red carpet for the world premiere of Water For Elephants in NYC tonight. The film's stars looked gorgeous as they signed autographs for fans and made their way down the press line. Reese wore a white Jason Wu dress while Rob looked especially handsome in a dark suit. We chatted with the duo about working together, with Rob saying that it was Reese who drew him to the project, and Reese sharing about her time in circus school. The costars are focusing on their latest big-screen project now that they've finished up other obligations. Rob just wrapped work on Breaking Dawn, and he celebrated with a party that included costars Kristen Stewart and Taylor Lautner, while Reese is coming off of her honeymoon in Belize with Jim Toth. In between their busy schedules, Rob and Reese got started promoting the movie with a shared cover of Entertainment Weekly. Rob was back in print for a feature in Elle and Reese also got her own spotlight in Vogue. Their work has just begun though, since Rob and Reese both have multiple press stops to make this week, including the morning show and late night rounds.