Robert Pattinson looked smart as he arrived to film Water For Elephants yesterday. It's a change from the rugged, hot and dirty look he was sporting when we first spied him on set. Because of his filming commitments in California, Rob missed out on picking up his National Movie Award in person two weeks ago, but he sent a sweet video message instead. He's also not able to attend Eclipse's UK premiere on 1 July, but we're being kept happy with new scenes from the movie, and Rob and Kristen kissing action at other ceremonies. 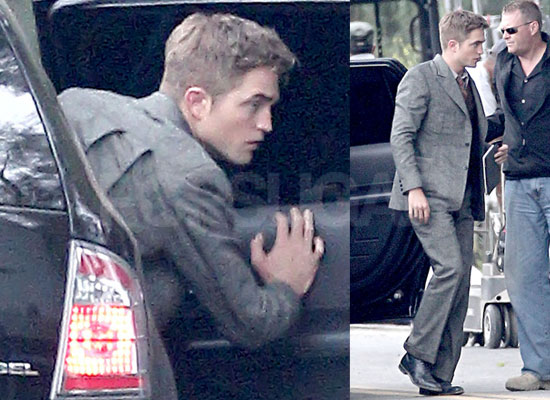