Radio 1's Teen Awards at Hammersmith Apollo yesterday brought out big American stars and favourite UK boybands. Taylor Swift and Katy Perry both performed, and many of the stars were visibly emotional as they presented awards to courageous teenagers. Katy tweeted that the crowd was the loudest she's ever heard. Robert Pattinson was amongst the list of celebrity winners, and he sent thanks for his Best Actor and Best Dressed accolades via satellite, as he's filming Breaking Dawn in Brazil with Kristen Stewart. Plan B and The Inbetweeners cast also received awards, and Pixie Lott, McFly and Olly Murs were amongst the presenters. Fearne Cotton hosted, and JLS and The Wanted brought their swagger to the stage. 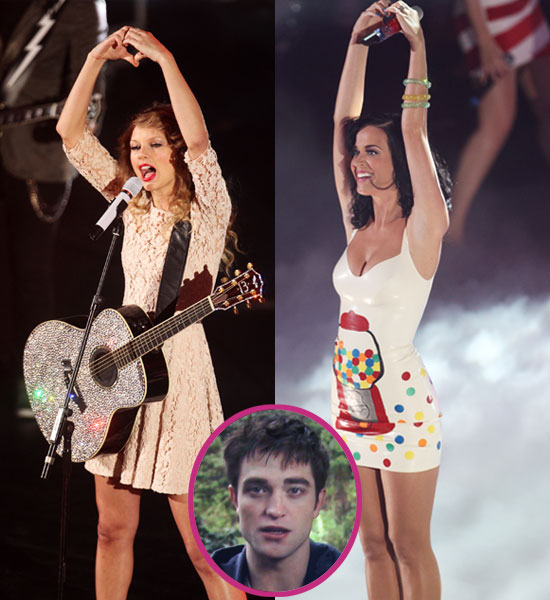