Robert Pattinson was in the front row at yesterday's Teen Choice Awards in LA. He sat next to his Eclipse costars Taylor Lautner and Ashley Greene, who stunned on the blue carpet. He later took the stage to accept his Choice Drama Movie Actor surfboard. Rob looked casual in his button-down, in a change from the formal wear he's sported recently while working on Water For Elephants. He's back in California after a trip to the South, where he worked on his latest movie. Rob was finally able to steal some time away from the set, and you were really looking forward to his special evening appearance. Stay tuned for more! 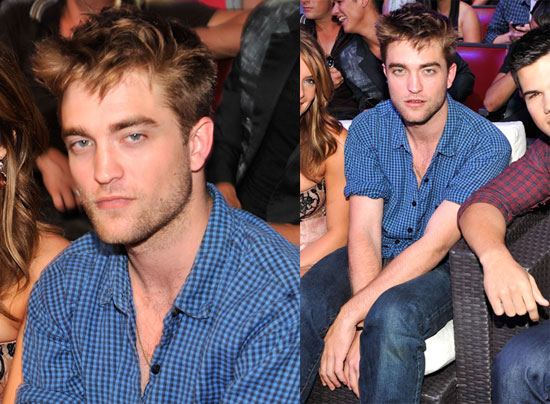 The Batman
Yep, That's Robert Pattinson's Real Voice in The Batman
by Hedy Phillips 1 week ago