Rosie Huntington-Whiteley and Jason Statham took a stroll in NYC over the weekend. The couple were back together after Rosie's filming commitments in Detroit. She's been all over the US shooting Transformers 3 with Shia LaBeouf, while Jason has been promoting The Expendables around the world, and accepting awards on his home turf. Rosie also has her own nomination too, and a book out. She and Jason are still going strong five months on, after enjoying a Summer of love before settling down in their new home. 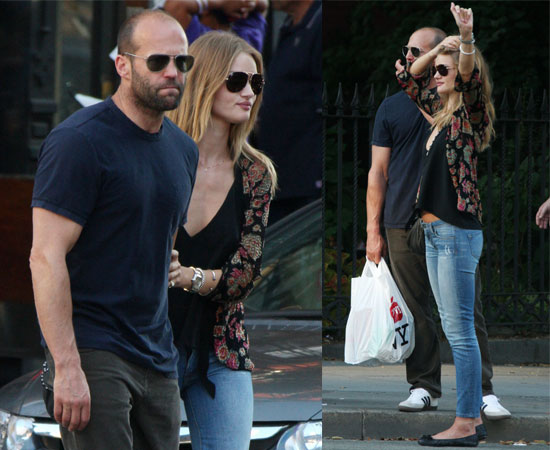