Jason Statham and Rosie Huntington-Whiteley were spotted at the Four Seasons in LA yesterday. They've been staying at the hotel while the home that Jason has reportedly bought for them is refurbished. Jason's just finished promoting The Expendables, while Rosie's working on Transformers 3. Production on the film halted on the penultimate day of shooting after a woman was taken to hospital with serious head injuries after a stunt went wrong. Filming has been postponed as a result. 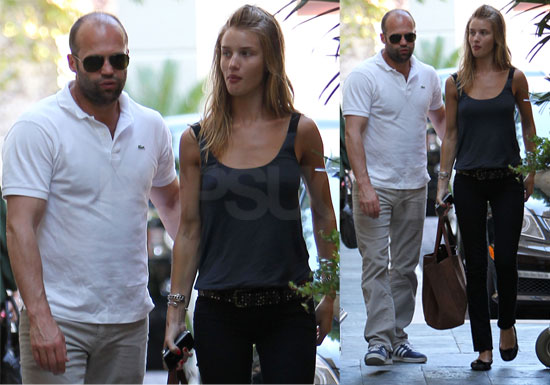