Rosie Huntington-Whiteley and Shia LaBeouf were filming action scenes on a set in front of a blue screen for the third Transformers movie yesterday, performing some of their own stunts in Culver City, California. Shia sported some fake cuts and a head injury, while Rosie was fresh faced with perfect hair and some skin-tight trousers before they got started. Shia will be turning his hand to directing soon, as he puts his stamp on a short film based on Kid Cudi's song "Maniac", while his ex Carey Mulligan is busy with her own acting projects and a rumoured new man too. 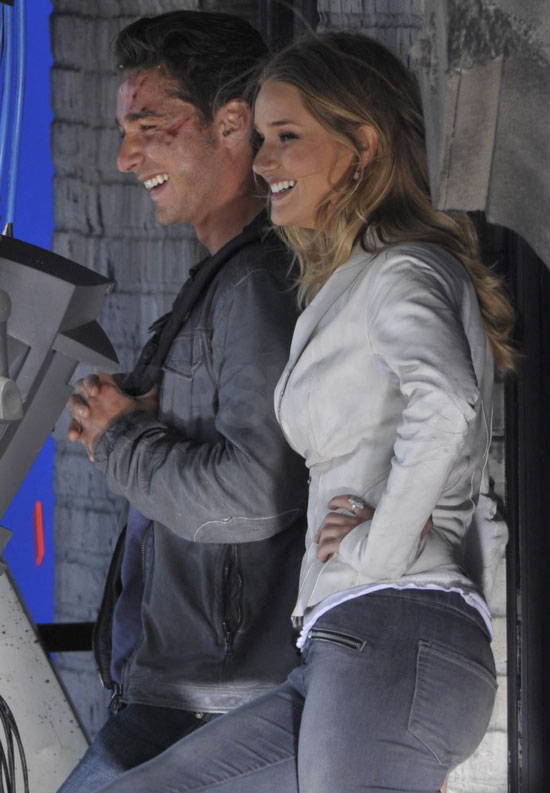