Rupert Grint headed to Japan after Monday's NYC premiere of Harry Potter and the Deathly Hallows. He was joined by Bonnie Wright and Evanna Lynch for the press conference in Tokyo today. Evanna flew in from Ireland, after attending the film's premiere in Dublin. Meanwhile, Tom Felton turned up in Mexico for a photocall yesterday. Daniel Radcliffe is already back in the UK, while Emma Watson's been doing the TV rounds in the US. The cast were together for the world premiere in London last week, and the film is released tomorrow. Get excited by playing my game, taking quizzes, and seeing the actors through the years! 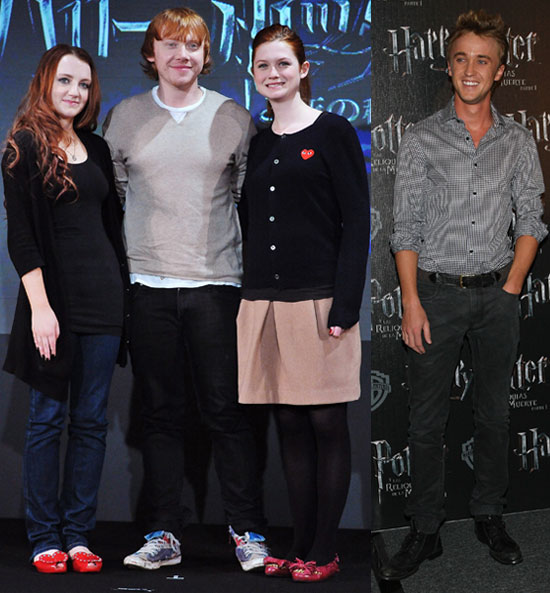