Following the MTV Movie Awards, Russell Brand arrived in Melbourne yesterday to promote Get Him To The Greek and perform a couple of comedy gigs. He was distinctly unimpressed by the rainy Australian weather, tweeting, "Melbourne, it is raining. Your tourist industry have lied to us. I am going to get revenge by strangling the first koala i meet." Meanwhile his fiancee Katy Perry was spotted at LAX wearing blue suede shoes yesterday, and it's been announced she'll be hosting the Teen Choice Awards in August. 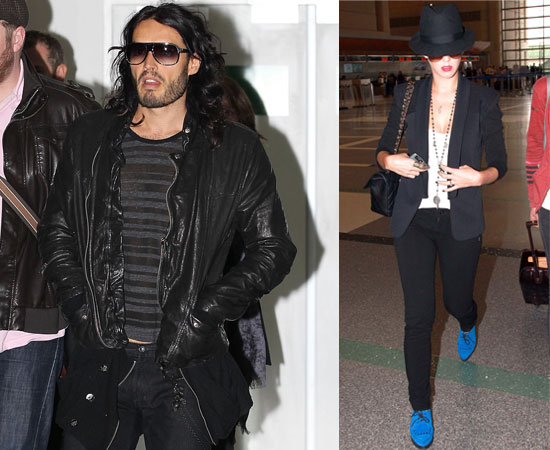 Image Sources: Xposure Photos and Getty
2010 Teen Choice AwardsKaty PerryGet Him To The GreekRussell Brand
Around The Web