Russell Brand took to the stage in LA last night alongside Carl Barat to perform some songs from Get Him to the Greek. Jonah Hill was also in attendance to watch Infant Sorrow play in Hollywood, who are the band Russell's character Aldous Snow is the front man of in the movie. The guys took to the stage to perform songs Carl wrote for the fictional band. They had such a good time in the studio putting tracks together that they have enough for an album. 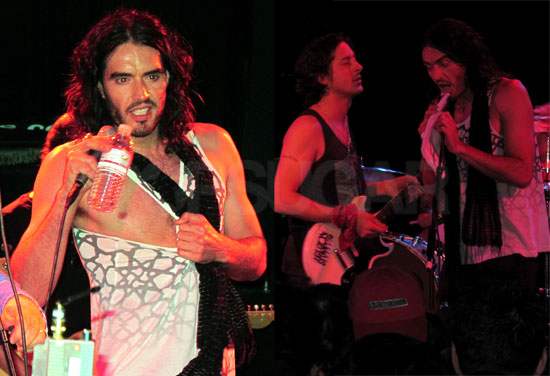