Russell Brand was spotted outside the El Capitan Theatre in LA last night before he appeared on Jimmy Kimmel's chat show promoting Get Him to The Greek. He wore his trademark skinny jeans, shades and boots and a skull covered scarf, signing autographs as he spoke on his phone and declared the scene "Russellmania". Katy Perry showed her love for one of her fiance's recent magazine covers, but yesterday she decided she was not so keen on one where he was surrounded by girls. Still, she supported him selling love in Beverly Hills. 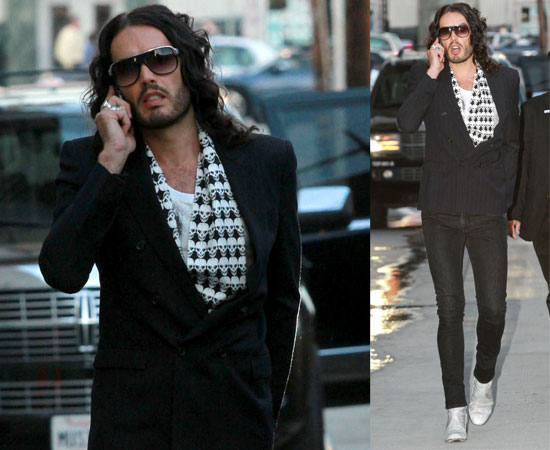 Image Source: WENN
Get Him To The GreekRussell Brand
Around The Web