Russell Brand arrived back at his trailer after a workout yesterday, with his hair tied back off his face and a yellow Rolling Stones t-shirt on. He was in shorts this weekend as he enjoyed a bike ride with his fiancee Katy Perry in New York. Russell was solo as he headed to the Arthur set in a very smart suit to film scenes with Luis Guzman, though they were sadly not in Batman and Robin costumes as they were earlier this month. 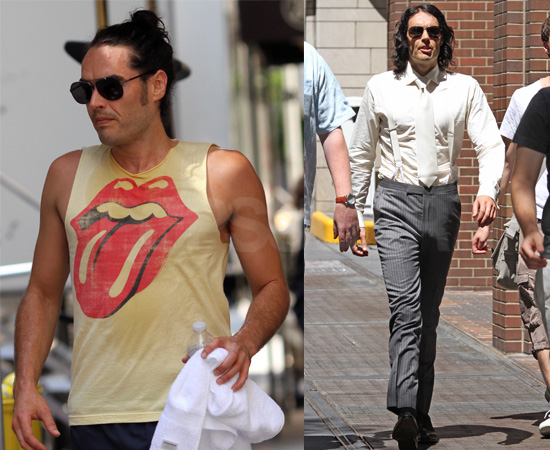