Russell Brand and Jonah Hill made an appearance at the Apple Store in NYC yesterday as they continue promoting Get Him to the Greek together. Russell has said that his mate Noel Gallagher inspired the character of Aldous Snow, specifically the rockstar nonchalance, saying: "... [Noel] said, 'It's because I know that anywhere I go, whatever happens to me, no matter what people say, as long as I've got the guitar and the ability to play, people will pay 10 quid to come and see me.' So I thought. 'That's good.'" Meanwhile his fiancee Katy Perry was across the country in LA getting ready for Sunday night's MTV Movie Awards. 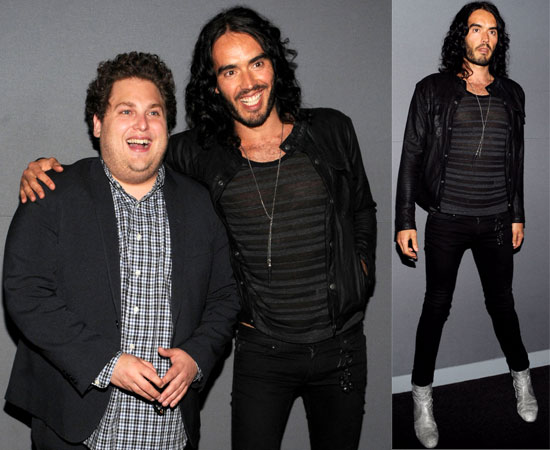