We know Russell Brand and Jonathan Ross aren't shy and retiring types and they arrived at a pre-Wimbledon bash at Kensington Roof Gardens last night together with England flags flying around them. The pair enjoyed a night among tennis stars like Serena and Venus Williams and Maria Sharapova, and it was Russell's second bromantic evening this week. The Sugababes looked happier posing indoors than outdoors, where the breeze threatened to give them all Marilyn Monroe moments! 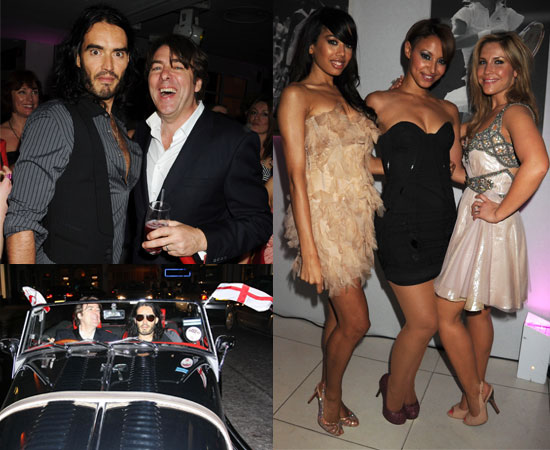 Inside the party, Gavin Henson looked happy and relaxed after his split from Charlotte Church and chatted to Danny Cipriani. Chace Crawford also attended, as did Glee's Matthew Morrison who performed at the O2 with Leona Lewis earlier this week. 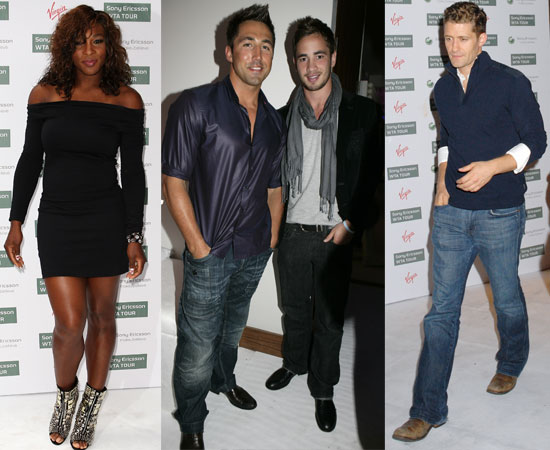