Russell Brand and Katy Perry were back together for a romantic stroll yesterday. Russ has been in Australia promoting Get Him to the Greek. Make sure you check out our awesome giveaway where you could win flights to New York, Vegas and LA! Katy's been on our soil, showing her split allegiance in her US and UK flags dress. It's already been revealed Katy will be hosting the Teen Choice Awards in August, and the nominations have just been released: New Moon is up for five. Katy's "California Gurls" video is about to be unveiled, and she's given us a behind-the-scenes peek to whet our appetites. Check it out after the jump! 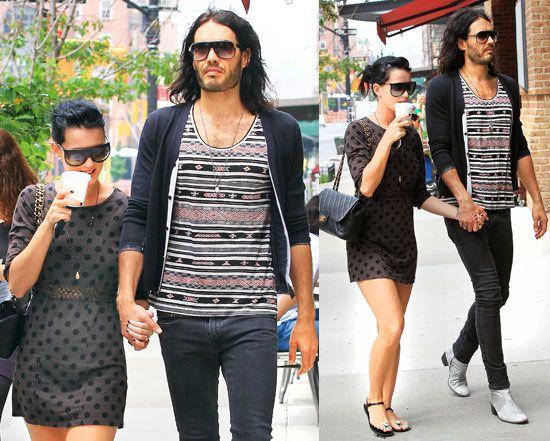 Anne-Marie
Anne-Marie and Little Mix's New Video Is Basically Bridesmaids, but With Versace Robes
by Navi Ahluwalia 6 days ago