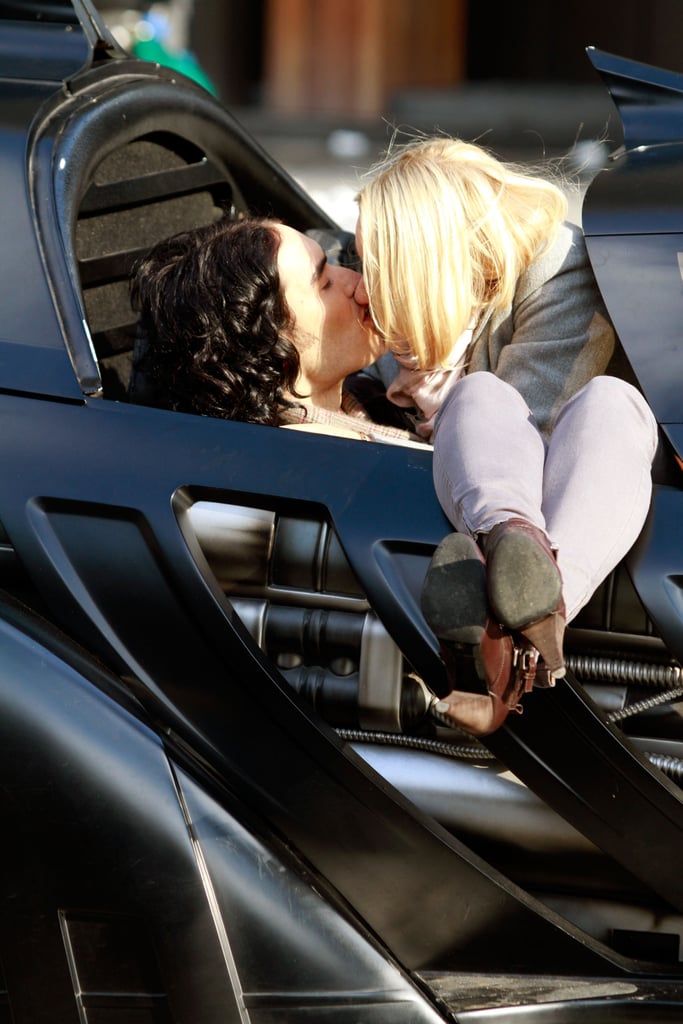 Russell Brand and Greta Gerwig reunited to film reshoots for Arthur in Manhattan this weekend. A once more clean-shaven Russell scooped Greta into his lap for a smooch in his fancy car, but there was no sign of his Batman costume on this occasion. The costars spent last Summer shooting the movie. When they wrapped in September we got a first look at the film, which sees Russell in nearly nude scenes with Jennifer Garner and donning a disguise with Helen Mirren. Since then, Greta has been promoting No Strings Attached and Russell has been rounding out his big 2010 by being named your favourite British personality and favourite newlywed with Katy Perry. Earlier this month Russell performed stand-up gigs in LA, which will be part of the feature documentary he's working on for the big screen.