Russell Brand was in New York this weekend for the premiere of The Tempest alongside his costar Helen Mirren. Last Thursday Russell teamed up with his old mate Jonathan Ross to promote his second autobiography in Hackney, and you can listen in to him promoting the book with his team as he begins a series of radio shows which you can take part in. The first show will air on TalkSport on Oct. 9. Russell appeared on Newsnight with Jeremy Paxman last week and was back in the UK already this morning doing more promotion. While Russell's been traveling around, his fiancee Katy Perry appeared on German TV show wearing a glittery outfit to perform and then wore a dirndl to drink some beer with the hosts. 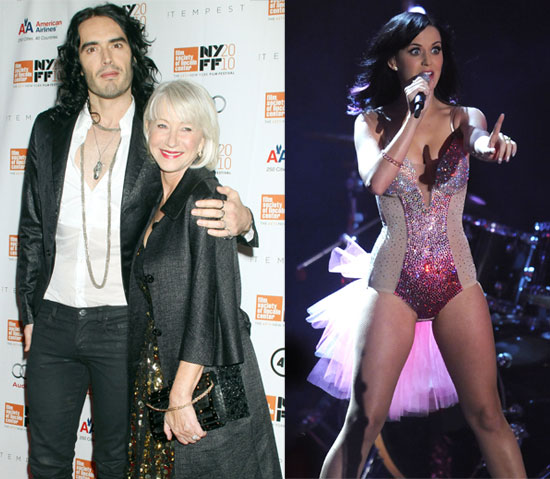