Russell Brand attended David Walliams and Lara Stone's nuptials at Claridges this weekend, but yesterday he was spotted back across the pond in New York. It's been announced that he's been asked to be a guest on Jonathan Ross's last ever chat show for the BBC, which will be filmed on June 17. The date fits in with the release of Get Him to the Greek which is out at the end of the month. Yesterday, Russell posted the NSFW music video he's recorded for the movie as Aldous Snow with fictional band Infant Sorrow. The song's called "Just Say Yes" and the video features some nudity from some porn stars — it's a few steps away from the rerecording of "Three Lions" he sings on alongside Robbie Williams for the World Cup! 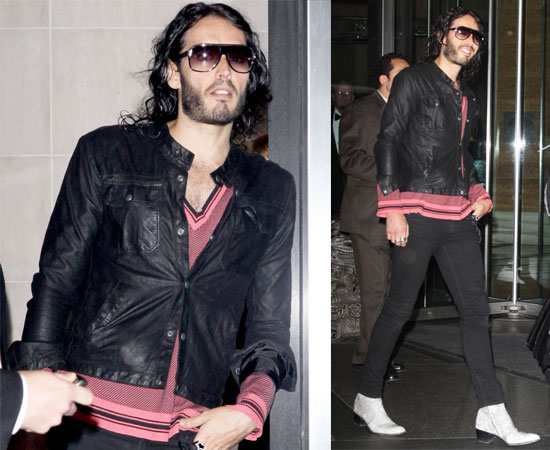