Continuing his travels in Australia, Russell Brand arrived in Sydney yesterday and was greeted at the airport with gifts. He looked happy with the koala and kangaroo soft toys he received and also held up his gift of a yellow football scarf. During his day Russell saw a little of the city before performing his energetic standup show. He bounded around the stage, making a few lewd gestures to illustrate his jokes and, though he usually shows off his chest, he revealed his very toned stomach too — looks like all that working out is paying off! A lucky fan dressed as Katy Perry got a kiss from him the night before he arrived in Sydney, check out the video under the cut! 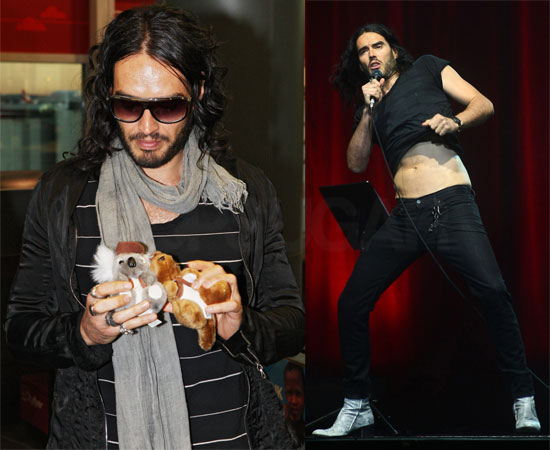 To see more pics of Russell in Australia, and watch Russell's fan get a kiss from her idol, just read more.